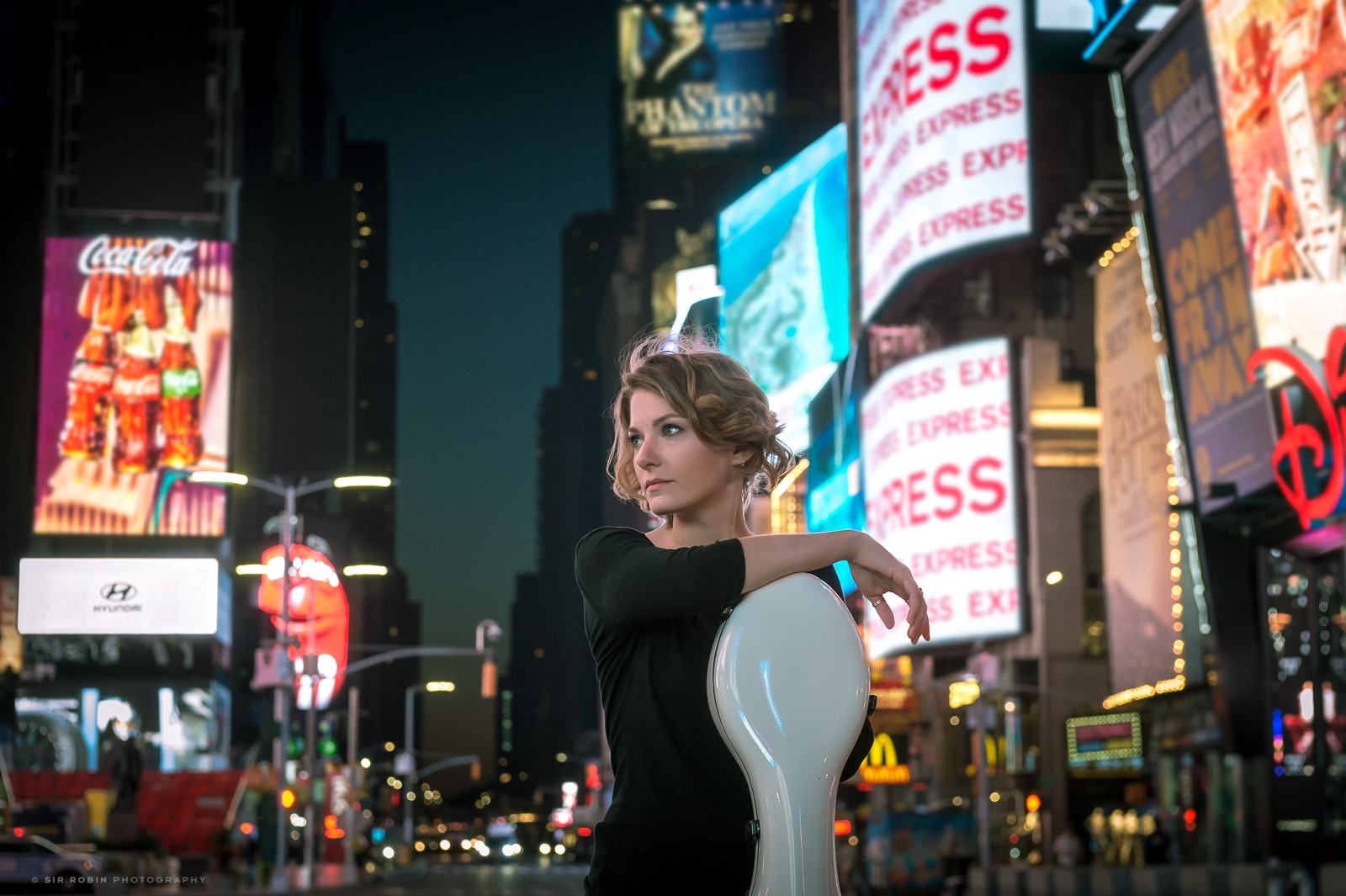 After the last studio portraits with famous Swiss cellist Cécile Grüebler in April, we’ve decided to go for an exciting photo shoot to her favourite spots in New York City. On friday, the 13th we’ve started our two-days shoot at 3:30 am on Times Square.
The weather was perfect and there were not as many people around as expected in the holiday season – let alone at 3:30 am. The City that never sleeps? Not exactly

We’ve had two early sessions; Times Square and Grand Central Station, and next day at the Bethesda Fountain in Central Park. The other locations were 5th Avenue, The High Line, Dumbo in Brooklyn, Rockefeller Center, cool restaurants, bars and every second Starbucks we came by. A wonderful visit was at Walter Skolnik’s place, a composer whose works Cécile and her piano partner Tamara will perform at Carnegie Hall next February.

Here are a few impressions, enjoy!